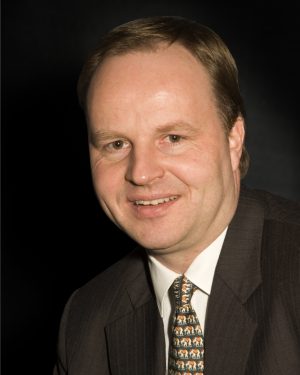 Special Interests: Interested in comparative pathology and molecular diagnostic pathology. Research interests are specifically concerned with the pathogenesis of infectious diseases, especially zoonotic and emerging diseases, and neoplastic diseases of domestic species, including animal models of human neoplastic conditions. Additional areas of research include ferret diseases and diseases of corals.

Dr. med. vet. habil. Matti Kiupel, BS, MS, PhD, DACVP, Fachtierarzt für Veterinär Pathologie, is a Professor in the Department of Pathobiology and Diagnostic Investigation at Michigan State University in the College of Veterinary Medicine and works as an anatomic pathologist in the Veterinary Diagnostic Laboratory. He is also the head of the histology and immunohistochemistry laboratory, the largest veterinary diagnostic molecular pathology laboratory in the country.

Dr. Kiupel received his veterinary degree from the Freie University of Berlin, Germany in 1996. While studying veterinary medicine he finished his bachelor degree in biology at the Humboldt-University, Berlin, Germany and completed his doctoral thesis research on canine malignant lymphomas in a collaborative study between the University of Cambridge, UK, the university of Utrecht, Netherlands and the Freie University, Berlin, Germany and was awarded the doctoral degree in 1999. Dr. Kiupel completed a residency in anatomic pathology from 1996 until 1999 and finished a PhD on the pathogenesis on porcine circovirus in 2001 at Purdue University, Indiana, USA. He has held a professorship in anatomic pathology since 2001 at Michigan State University and became section chief in 2006 and was promoted to full professor in 2012.

Dr. Kiupel has received many honors and awards including a merit scholarship from the Friedrich-Ebert-Foundation, Germany, a merit scholarship of the British Chamber of Commerce in Germany, the Charles Osborne Award from Purdue University, the Don Kahn Award in Virology of the American College of Veterinary Microbiologists, the Heinrich-Luessen-Award and the Ernst-Reuter-Award, both from the Freie University, Berlin, Germany, multiple Samuel W. Thompson Distinguished Lecturer Awards, the Barbara Jean Thompson Service Award and the Robert Farell Lecturer Award, the Research Achievement Award of the American Ferret Association and he is a honorary member of the US Army Veterinary Corps. In 2017 he received the Special Recognition Award for Promoting International Understanding from Michigan State University for his work in Brazil and Thailand.

Dr. Kiupel has a strong interest in the training of graduate students and has served in the last 10 years on 30 PhD and MS graduate student committees, on 11 of these as chair and primary mentor. Furthermore, he has been the primary advisor of 15 residents in anatomic pathology. Dr. Kiupel’s work has focused on incorporating education in veterinary medicine and pathology with training in human biomedical research designed to address translation of research findings from animal models to the clinical setting. His goal has been to train molecular pathologists that can bridge the gap between clinical disease to cellular alteration and ultimately molecular pathways.

Dr Kiupel has published more than 200 peer-reviewed scientific manuscripts and numerous book chapters in the field of veterinary and comparative pathology and specifically tumorpathology and was the lead author on the WHO fascicle of neuroendocrine tumors of domestic animals. He just completed multiple chapters as primary and co-author in the new Meuten “Tumors in Domestic Animals” and co-authored the hematopoietic chapter in the newest edition of Jubb, Kennedy and Palmer’s “Pathology of Domestic Animals”. He has been an invited speaker on topics of tumorpathology and diagnostic molecular pathology, in particular immunohistochemistry, worldwide. Dr. Kiupel is also the Associate Editor for Oncology in Veterinary Pathology and recently served as the guest editor of an issue dedicated to veterinary tumorpathology. Dr. Kiupel served for numerous years as chair of the ACVP oncology committee and the AAVLD pathology committee. He is a board member of the Charles Louis Davis, DVM Foundation and until recently served on the board of directors for the Michigan Veterinary Medical Association. His laboratory has been selected for pathology and immunohistochemistry support of the Comparative Oncology Trials Consortium (COTC). He is currently working as Editor of the online World Small Animal Veterinary Association (WSAVA) classification of neoplastic diseases of animals and the 3rd edition of the WHO fascicle of Tumors of Animal Diseases and he is member of the National Cancer Institute (NCI) Comparative Melanoma Board.

Dr. Kiupel has also maintained a strong interest in infectious diseases, especially viral diseases and has discovered throughout his career numerous novel viral and other infectious diseases. His expertise in diagnostic pathology has resulted in invitations worldwide as a lecturer and collaborator on research projects. Dr. Kiupel furthermore has an interest in ferret diseases and just finished an update of the chapter on viral diseases of ferrets for the next edition of "Ferret Biology and Diseases." Over the last 10 years he has authored and co-authored numerous manuscripts on ferret diseases, many of them characterizing emerging diseases for the first time, including ferret coronaviruses, ferret mycoplasmosis, ferret rotaviruses etc. He maintains the web page www.ferrethealth.msu.edu to provide public education on ferret diseases and has raised significant funds for research into such diseases. Only recently, Dr. Kiupel has been invited to lead the research into coral diseases for the Khalid Bin Sultan Living Oceans Foundation and he has already participated at a number of expeditions to study coral diseases. His research into the pathology of coral diseases and their mechanisms is rapidly exploring new frontiers and poised to achieve international recognition.